The day was super cool.

Kicking myself out wasn’t difficult today. It was easy. But, not too easy, though.

The day involved preparing invoices for the past work and doing some ongoing work. I tell you preparing invoices is most exciting part but it took more time than what it should have taken ideally. My folders in drive are too messy at this time and that caused it.

In addition to that, there’s lot of useless stuff eating storage space for no reason. Take a look. Both are red. 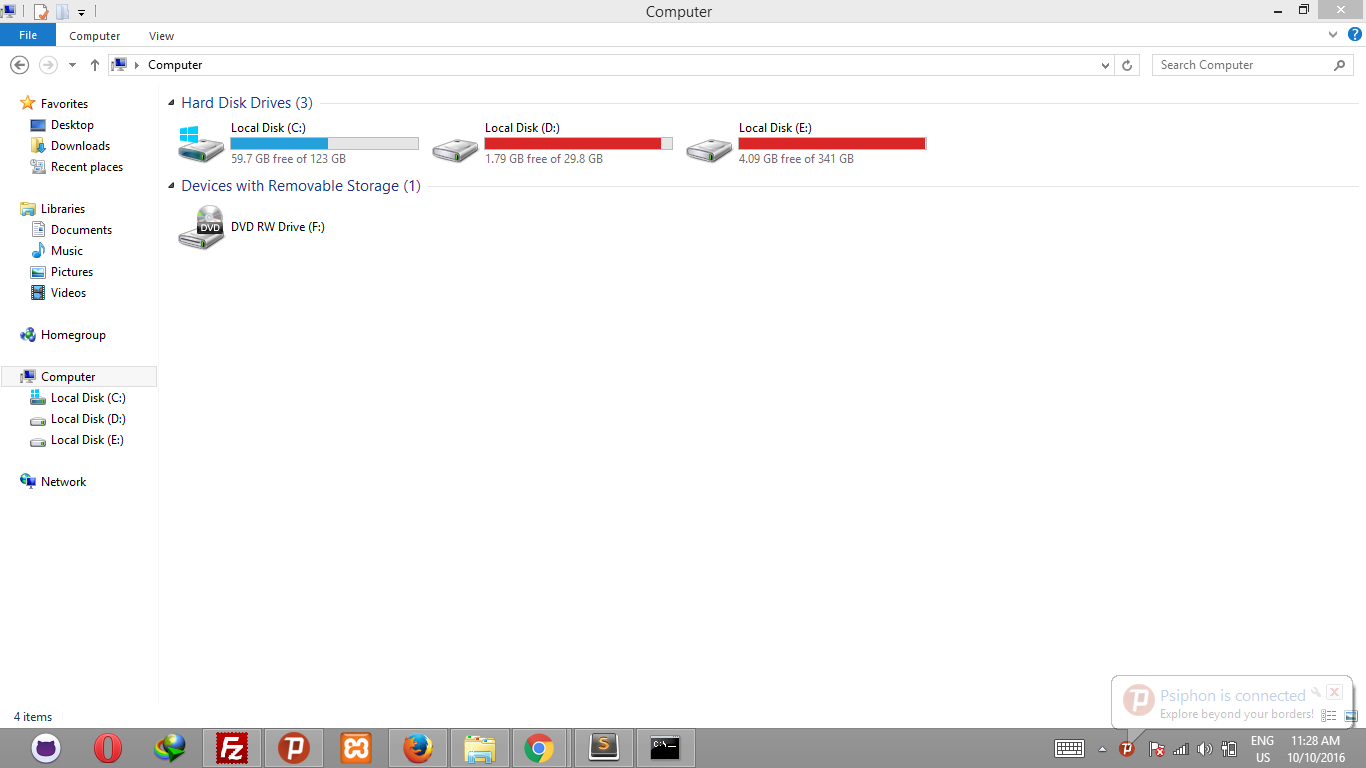 Garbage and useless stuff needs to get removed. I am going to do it tomorrow. I know it’s not that important but it’s annoying and affects memory performance as well.

I am writing this at 11:55 and could have almost missed it. It was not because of work or something like that. I took care of it very well and was done with it around evening itself.

I was happy with the fact that finally today I will call it a night bit earlier. But, as fate would have it, a good friend of mine called me as he was in town. As it is period of holidays, many of our other common friends from school-time were also there.

I would say it was kinda not-so-planned re-union. We had ultimate fun recalling old memories from school-time. It’s always ultimate fun. So, remember the thing I told you in Day #4 post (fourth last paragraph)? In case, we were friends at any point of time and you end up reading this post, just hit me up!

I am pretty darn sure that I will make it.